After speaking to Jeff Ms. Debrick co-worker said if you can draw something I’ll show you how to create a patent. Jackie the co-worker took Ms. Debrick to a fabric store to purchase some fabric. Since 1997 Ms. Debricksewed various styles came up with Breeze-Wind in 2004. In May of 2005 Ms. Debrick apply for a Patent. Ms. Debrickreceived her patent in 2012.

To test the market Ms. Debrick made samples made from a New York sample workshop and sold them in PA, DC, MD and VA flea marketers. She sold all her samples and made a second order mostly medium. After selling her sample both times, she found that medium was her big seller.

After this Ms. Debrick was very motivated. She auditioned for the QVC Oprah Big Ideal Show in March of 2006. Ms. Debrick was very disheartened because she didn’t receive her rejection. After 47 days the Friday before the show air that Monday in May of 2006 Ms. Debrick received an email from Oprah Show saying “SORRY YOU DIDN’T MAKE THE FINAL”. Ms. Debrick used this rejection as a consideration and recognition out of five States Oprah interview. My Breeze-Wind was selected for consideration and recognition. 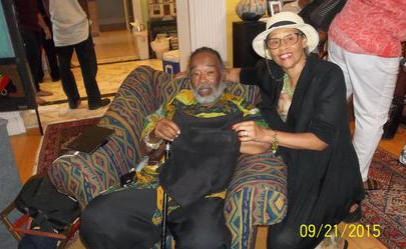 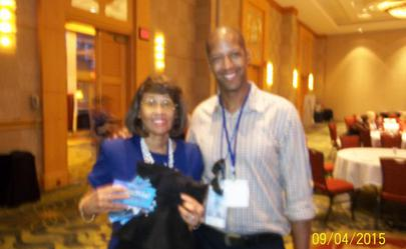 Warren Brown was a lawyer later to become a celebrity baker. Warren Brown had his own Food Network show and appeared on the Oprah Show. Warren has several basa chain bakeries,written several books.

Warren service as a judge for the Phoebe Group DC Shark Tank in which I was a contested pitching my invention.ideal. 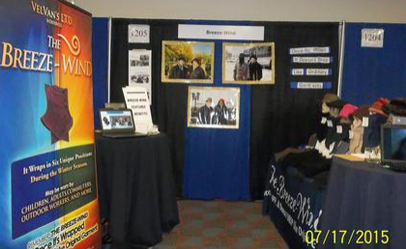 My display at the INPEX TRADE SHOW . I met the award winning inventor Cristina Daves of the MedFashionale accessories to make medical devices fashionable.

Purchased her Book"PR For Anyone" Christina Daves taught herself PR. and appeared on the Steve Harvey Show DR OZ and The Todays shows.